Movie and TV Show Reviews and Articles by Michael Colan

It has been announced that Warner Archive will FINALLY be releasing Batman: Mask Of The Phantasm on Blu-Ray.  1993 theatrically released animated film has long been overlooked in the Warner Brothers stable of Batman movies (even though it was arguably the most acclaimed until Christopher Nolan’s Dark Knight Trilogy came along). This is the only theatrically released Batman movie not released onto Blu-Ray as of yet.

The exact release date appears to be undetermined but on the official Twitter page for Warner Archive, it appears to be dropping in stores July 2017. 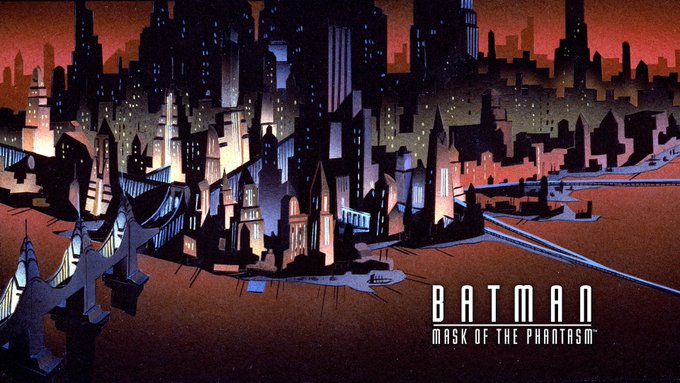 If you still haven’t seen this incredible Batman movie, this is as good of a reason as any to check it out. There be a strong lack of bonus features here but seeing this movie get the HD remaster treatment is good enough for me.

When the city’s most feared gangsters are systematically eliminated, the Caped Crusader is blamed. But prowling the Gotham night is a shadowy new villain, the Phantasm, a sinister figure with some link to Batman’s past. Can the Dark Knight elude the police, capture the Phantasm and clear his own name?

Unmasking the Phantasm is just one of the twists in this dazzling animated feature. Discover revelations about Batman’s past, his archrival the Joker and Batman’s most grueling battle ever — the choice between his love for a beautiful woman and his vow to be the defender of right. Batman: Mask of the Phantasm is “a mystery that is genuinely absorbing, suspenseful and moving” (Cincinnati Enquirer)